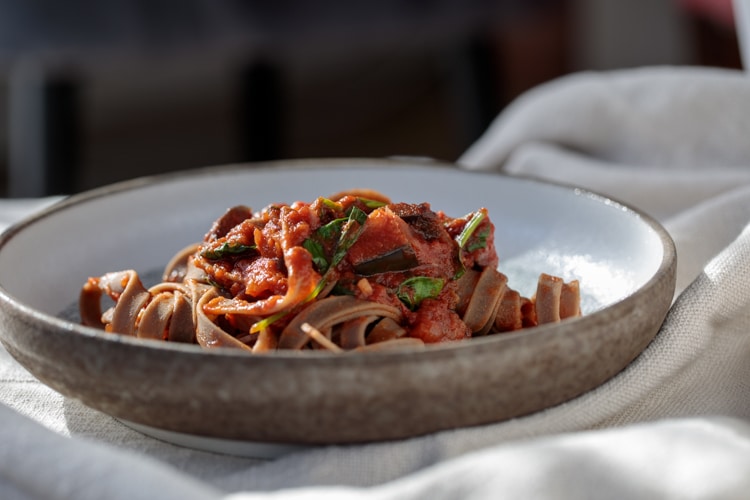 Foodie Shots recently sat down with Bruce from Highfields Motel and Lily’s Restaurant and learned all about why he and his wife, Heidi, ended up taking over a motel and restaurant in the midst of a pandemic and the biggest downturn in hospitality and tourism the world has seen. That’s right, these crazy kids bought a motel just as world tourism was shutting down. But we’ll get to that, let’s start with how a butcher becomes a Motel-owner and cook.

While it seems like an unconventional path to take, Bruce and Heidi transitioned for a reason that hits close to home for many—more time with the family.

“When my kids were little I was going to work at two o’clock in the morning….and getting home at night time when they were in bed” Bruce said of life in butchery. He was conscious of his kids getting older and saying “dad was never around, mum brought us up.”

This led them to a conversation about the lifestyle and freedom offered from the accommodation industry, and Bruce and Heidi making the move from meats to motels. While they’d still be doing a lot of hard work, most of the work hours in motels were in the morning and evenings, giving them the time during the day to spend on the kids and participate in school, sport, and other day-time activities. So a career change for the kids’ sake led them to buy their first motel in the Murray River region, and they’ve never looked back.

But what about the cooking, right? 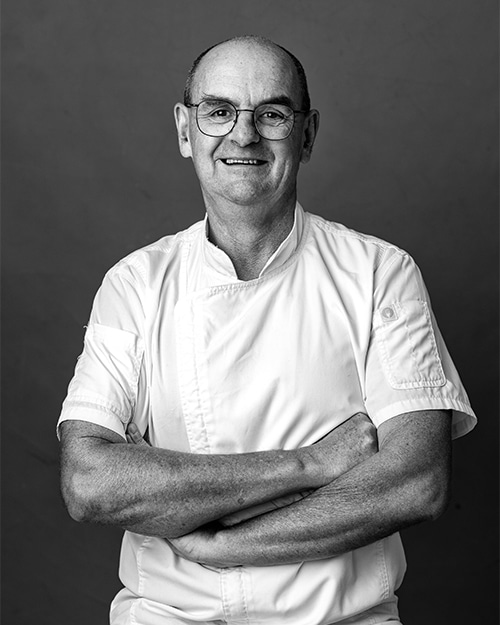 Cooking is in the Genes

Being surrounded by butchers on one side of the family and bakers on the other certainly encouraged a move towards cooking for Bruce. This was helped along by a father who loved tasting new foods and encouraged his kids to do the same. Having also been in butcher shops since he could walk and taking on his family’s traditional values of providing quality product and great service, only encouraged his gastronomic goals further.

“When someone says, ‘what can I do with that?’ You need to have six or seven recipes in your head,” he explains. Especially for the mums feeding their family on a budget, or the elite of Sydney looking to impress dinner guests.  This impeccable customer service led to an extensive cookbook collection, which he would use to make recommendations, but also to cook for his friends and family.

With the move from butchery to the accommodation industry, and the need for a breakfast and dinner cook, it was simply a natural progression for him to move into restaurants and food, Bruce reflects.

The move to Highfields and Lily’s was similarly natural for Bruce and Heidi. Having offered to help the previous owners with the motel, they were instead offered the opportunity to simply take it over in full. Most people offered this in the middle of a pandemic and industry shutdown would run a mile.

Bruce and Heidi said yes – and while they knew it was going to be a hard slog, especially having to regain clientele for a restaurant that had been shut for so long, it was also a chance for Bruce to be able to create the restaurant he wanted. One of the biggest goals? Sourcing as much local produce as possible.

Bruce explains his process thus, “…if we stood on the roof of the motel, who can we see growing food.” And while he knows it’s not quite that simple, they try as much as possible to buy from suppliers close to hand. This includes meat from Kingsthorpe and Goombungee, rhubarb from Hampton, and pears from Stanthorpe. Bruce sees this localness as important for a number of reasons, but at the very least you’re guaranteed fresher produce, which is bound to be better quality and therefore better tasting.

You can taste this in the sauces he produces and sells at the markets and it’s evident from how quickly the product sells out. For Bruce though, it’s not just about making a killing at the markets or even bringing more people to Lily’s, but rather about getting people excited about good food again. If you know me, then you know that’s what Foodie Shots is also all about—great food and great company creating great memories.

I loved learning about Bruce and Heidi’s journey from purveyor of meat to creator of culinary delights, but I also love what they represent for our region’s food industry. Their excitement and passion for local produce, as well as their respect for the food and the suppliers has me thrilled to watch Lily’s restaurant at Highfields Motel grow in popularity.

I can’t urge you enough to visit Lily’s Restaurant in Highfields and try Bruce’s incredible food. Or stop by the markets and pick up some incredible passata, made from the region’s best produce.

And if you’ve already tried it, what’s your favourite dish he does? Let us know.

I bought some red lentil pasta and pasta alla norma sauce and had this tasty meal for lunch. What a delight knowing I can have fresh homemade restaurant quality meal within 10 minutes. Just add a good brand of parmesan cheese. 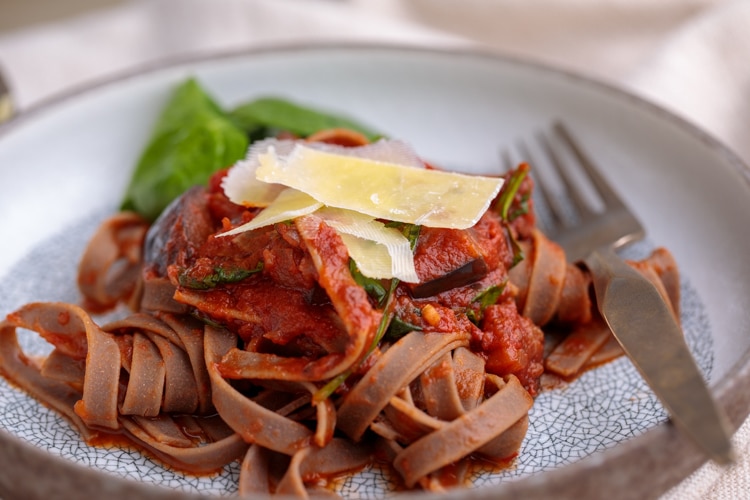 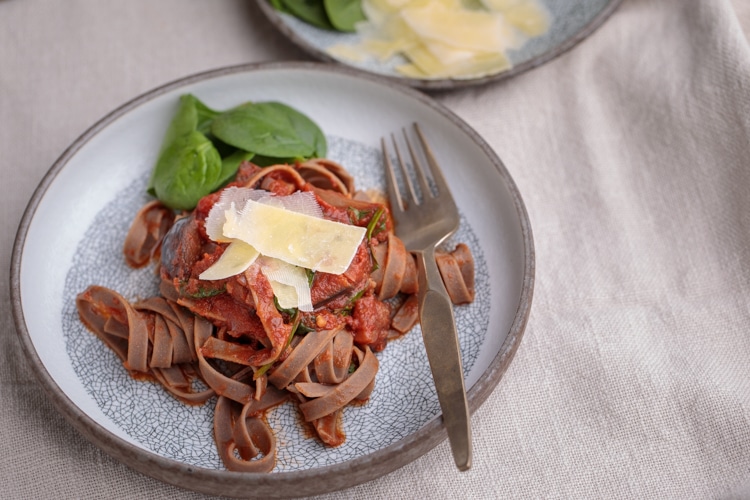